Rebecca Sharibu, the mother of Leah Sharibu who was kidnapped by Boko Haram terrorists from her school in Nigeria two years ago, has been traveling around London in a fervent attempt to raise awareness about the terrifying ordeal her daughter is still being subjected to.

Supported by groups like The International Organisation for Peace Building and Social Justice (PSJ UK), Humanitarian said Relief Trust (HART) and Christian Solidarity Worldwide (CSW), she is fighting to put pressure on the Nigerian Government to do more to bring her daughter back home.

On 19 February 2018, Leah along with 109 other girls was abducted from the Government Girls Science Technical College School in Dapchi, Yobe State, North East Nigeria by the al Barnawi faction of Boko Haram which is associated with Islamic State (IS).

She was the only Christian among this group of girls. Five of the Dapchi girls (as they became known) died during the arduous journey to the terrorists’ hideout.

A month later, following negotiations between the terrorists and the government, 104 girls were returned to Dapchi. But Leah was not among them.

Owing to the fact that she refused to convert to Islam as a precondition for release she has been held in captivity for two years.

Kicking off her campaign in the UK, on the evening of Monday 17 February, Rebecca was joined in a two-session prayer conference call by many supporters around the world.

The following day, PSJ hosted a private lunchtime briefing meeting in Westminster, with key stakeholders including Baroness Caroline Cox and journalists to highlight the plight of Leah and bring into sharp focus the wider context of Christian persecution and multi-layered mass atrocities in Nigeria. A social Media campaign tagged ‘Break the silence, Stop the slaughter’ was launched to highlight and tackle the global silence around this escalating crisis in Nigeria and West Africa.

Six years on 112 of the 276 girls forcibly taken from a government secondary school in Chibok town by Boko Haram in 2014, are also still missing.

On Wednesday, Rebecca was flanked by a large group of supporters in a Prayer vigil and protest outside the Nigerian High Commission in central London.

And on Thursday, Rebecca met with the Archbishop of Canterbury Justin Welby to unburden herself and seek the archbishop’s voice of intervention.

In a visit to Jesus House church in London, Rebecca made a desperate plea to the Nigerian government and churches at large to intervene on Leah’s behalf.

Leah’s situation has become even more desperate as the most recent set of rumours received about her, is that she has given birth to the child of a Boko Haram solider. She is reported to have allegedly “married” the “Boko Haram commander,” and has renounced her faith upon entering into the “marriage”.

But this conversion is believed by her mother and many of those close to the situation to be a lie. It is widely believed that Leah has been subjected to repeated serious sexual assaults and forced into a marriage.
In a statement on 15 October 2019 Boko Haram declared that Leah and another kidnapped victim Alice Ngaddah, a mother of two, had become their slaves for life and that “based on our doctrines it is now lawful for us to do whatever we want with them”.

The statement followed the execution of midwife Hauwa Liman on the same day.
She had been captured by Boko Haram on 1 March, along with fellow midwife Saifura Husseini Ahmed, and UNICEF nurse Alice from an army camp in Rann, Borno State, where several aid workers who were assisting displaced people were killed.

But the faction led by Abubakar Shekau (who is regularly seen behaving erratically in videos) which claimed responsibility for the Chibok kidnappings, has been deemed to be launching exceedingly indiscriminate attacks that has claimed too many Muslim lives.

Following the end of the parliamentary recess on Monday (24 February), Rebecca met with MPs and the Prime Minister’s Special Envoy on Freedom of Religion or Belief (FoRB).
She also met with the former Foreign Secretary, Jeremy Hunt MP who had commissioned the Bishop of Truro report into the persecution of Christians globally.
She also meet with peers in The British House of Lords and with members of the All-Party Parliamentary Group (APPG) on Freedom of Religion or Belief (FoRB).

Rounding up her visit with a BBC interview, Rebecca called on The British people and the global community not to forget the existential sufferings of Leah, her family, community and her country.
All peace loving people and governments must unite to bring saga to an end for Leah Sharibu and the many unknown ‘Leah Sharibus’ out there. 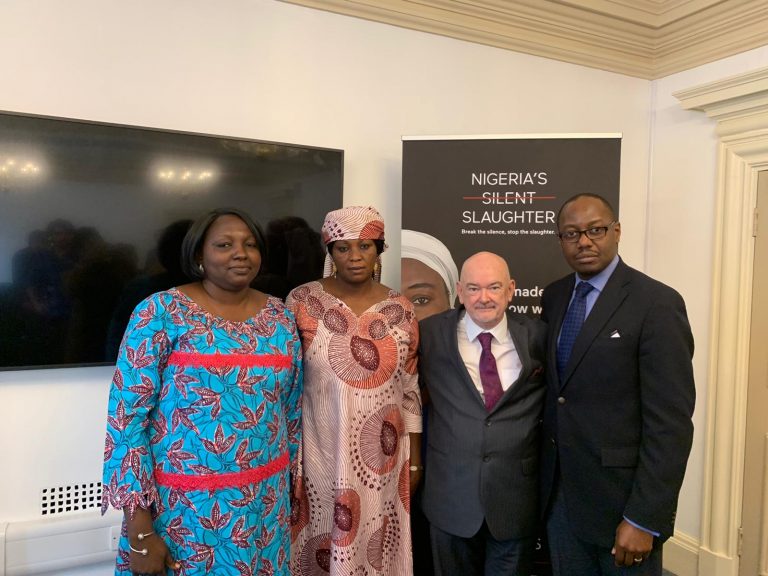 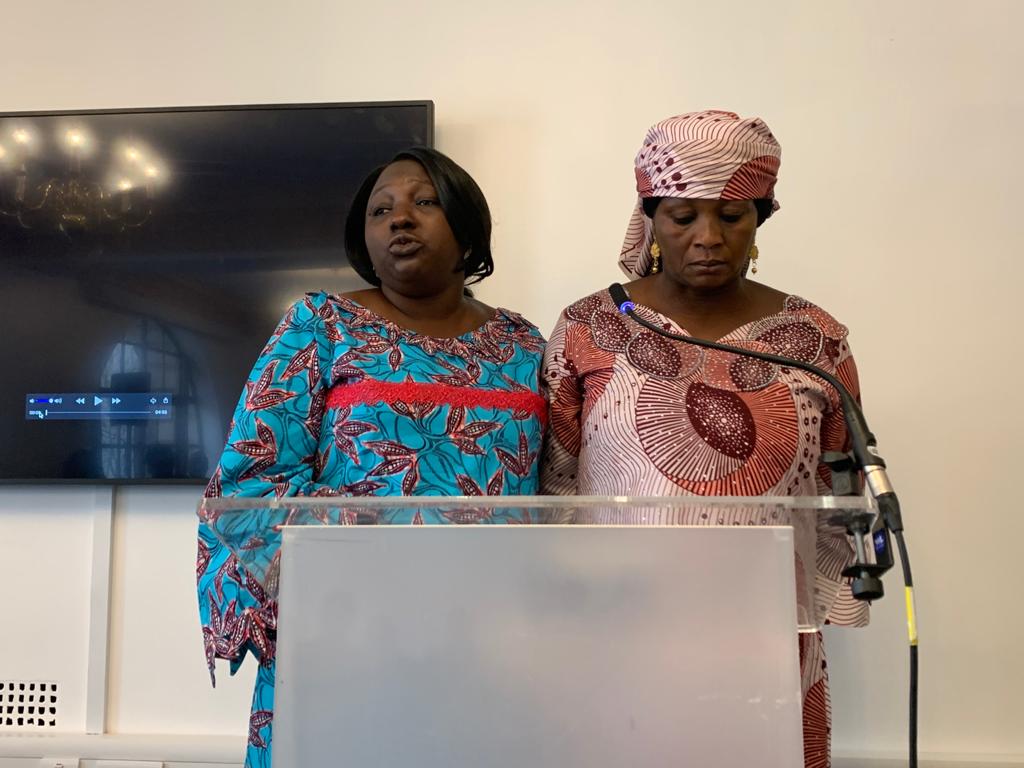 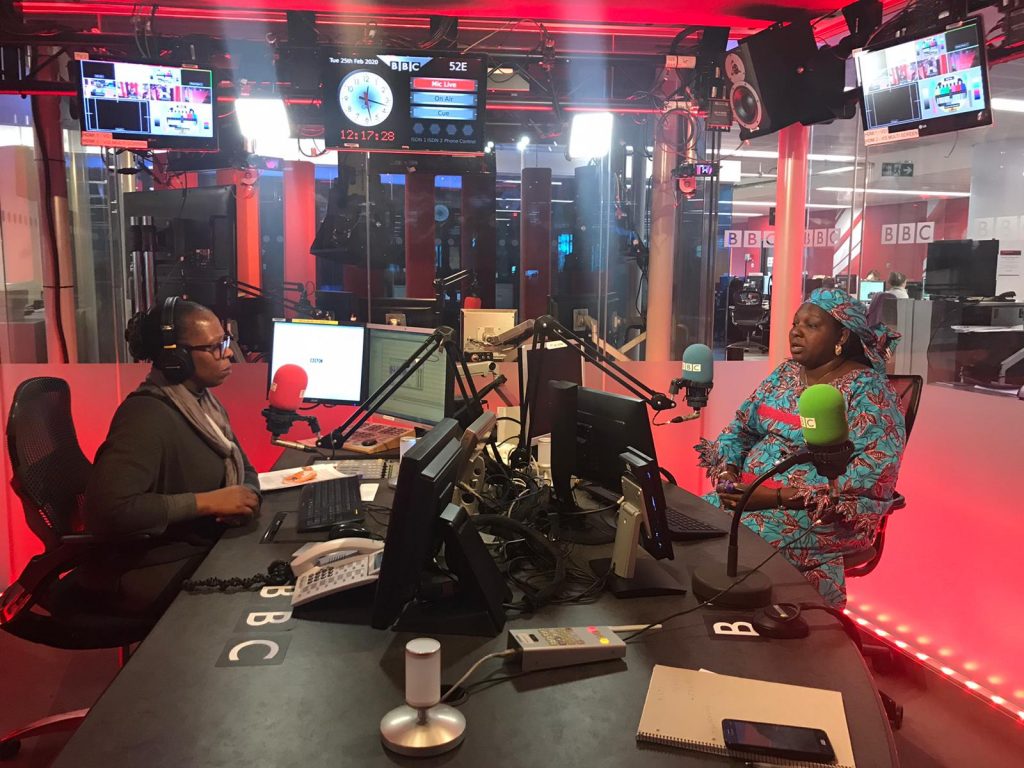 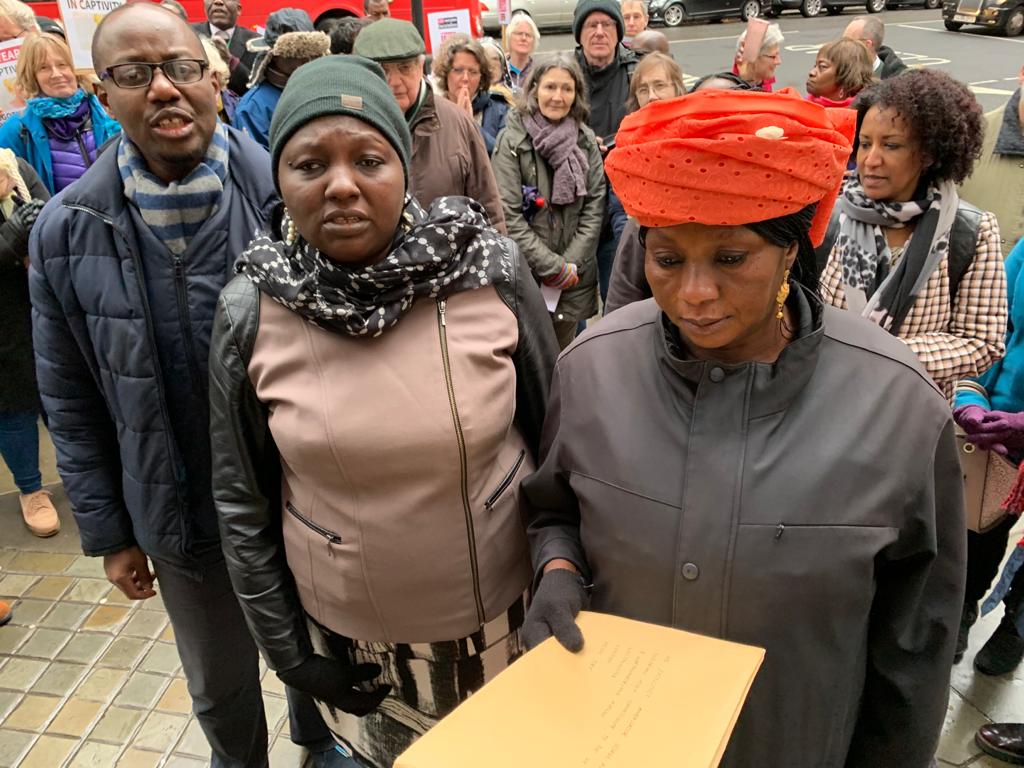 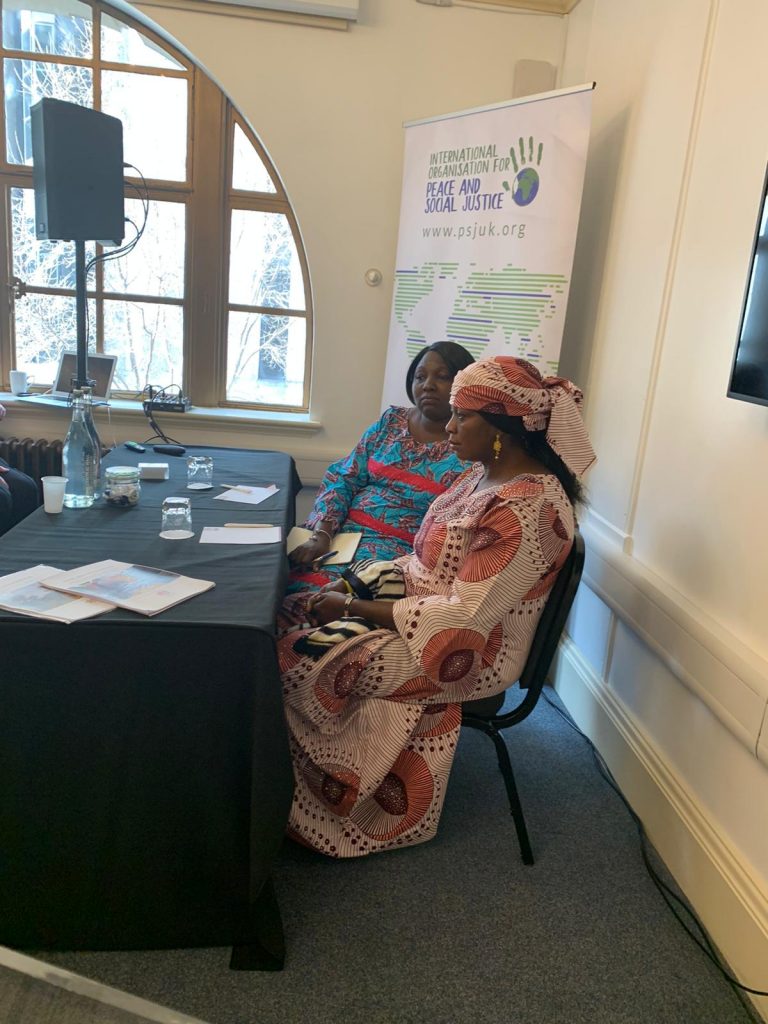 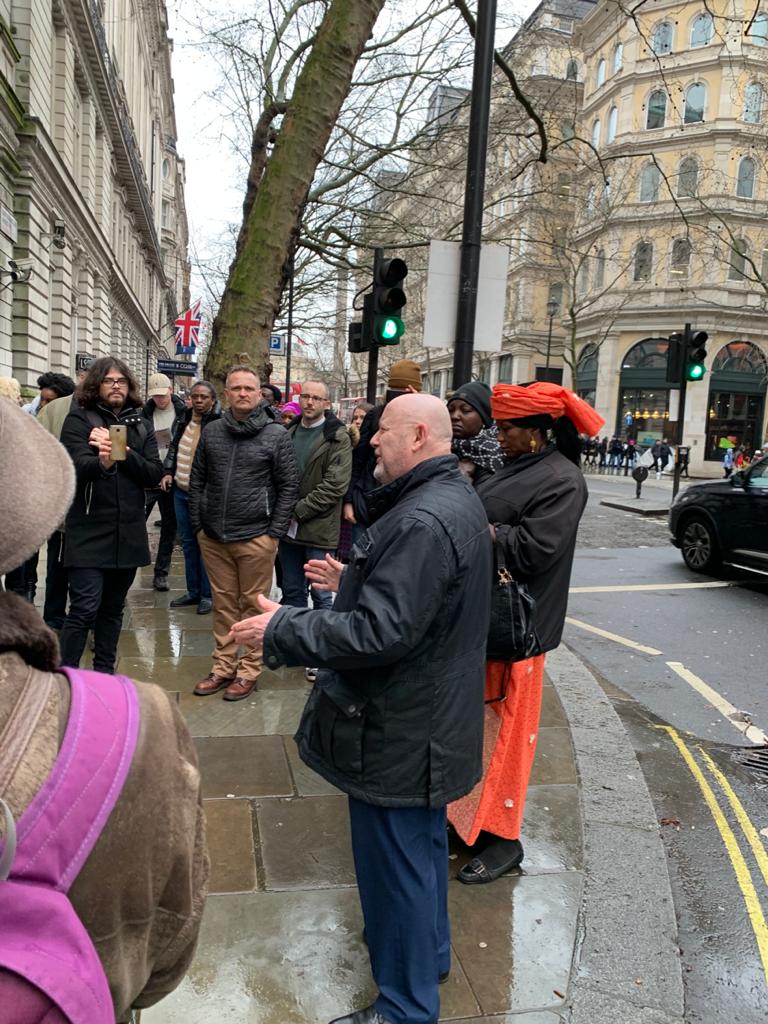 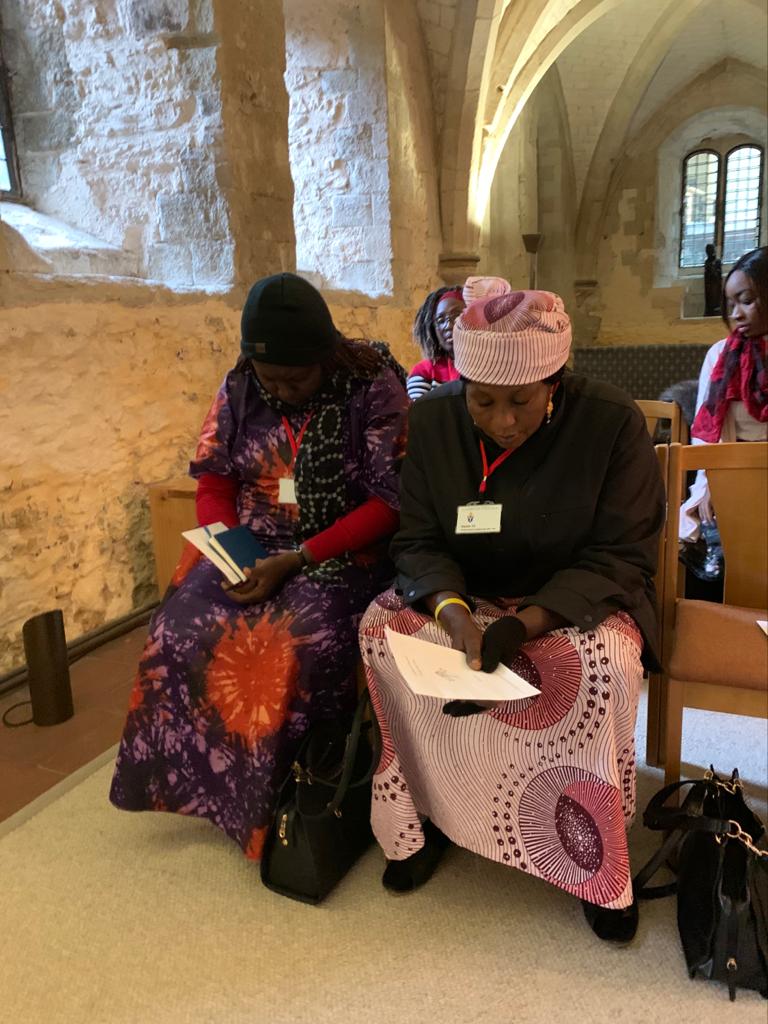 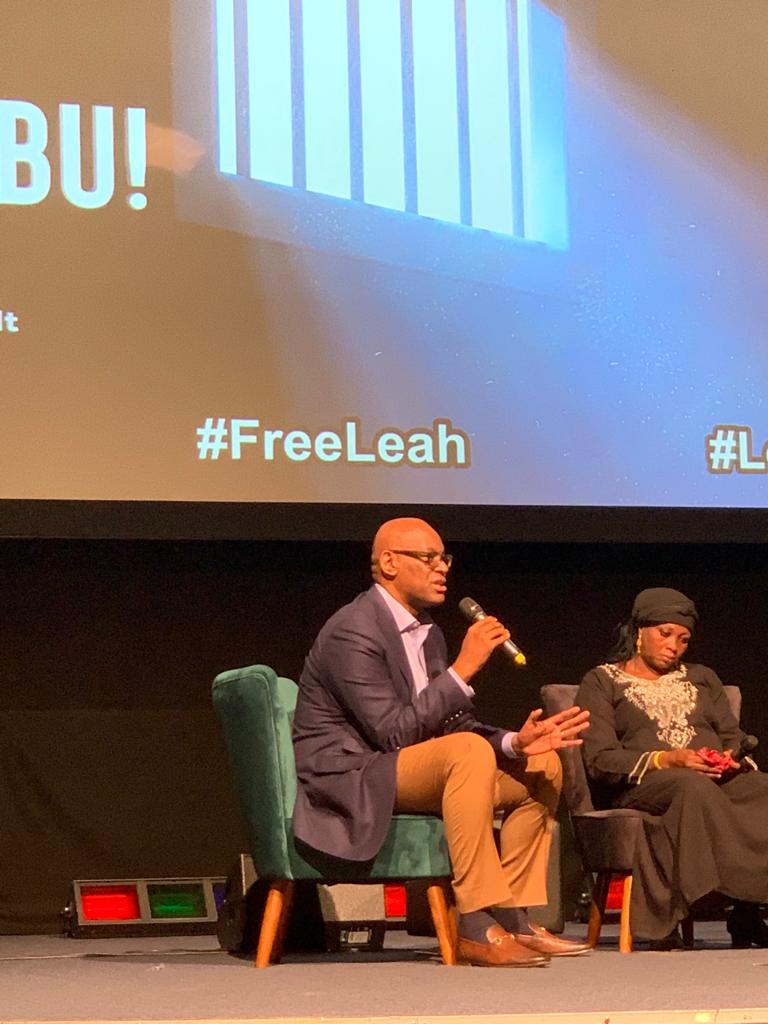 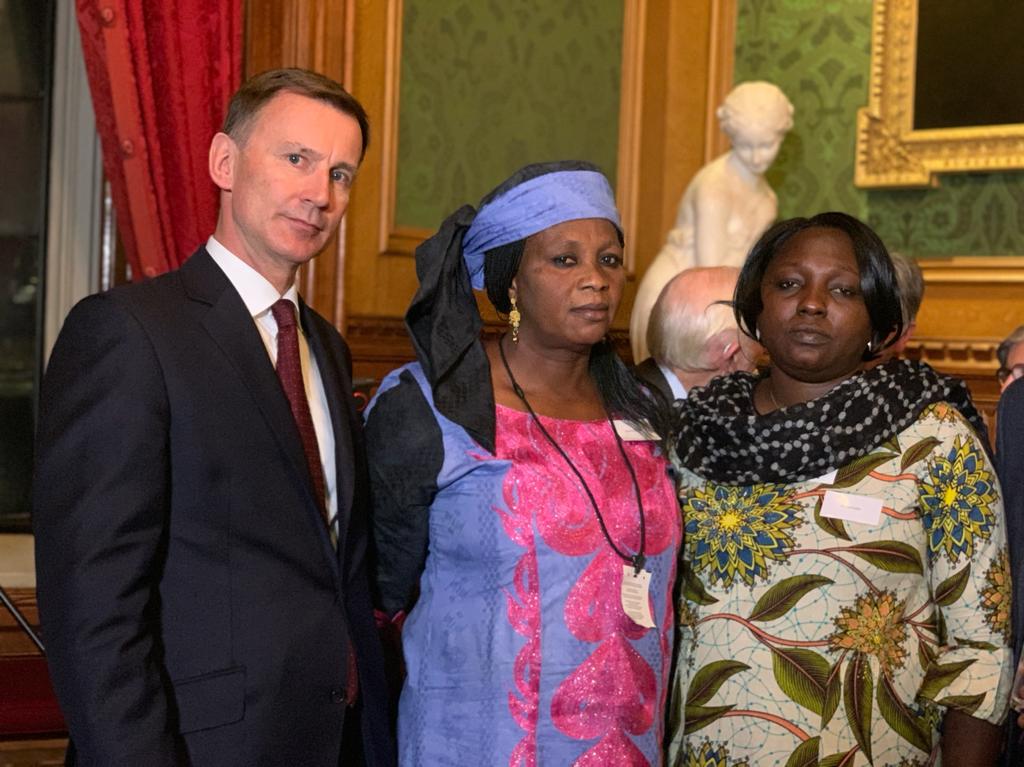 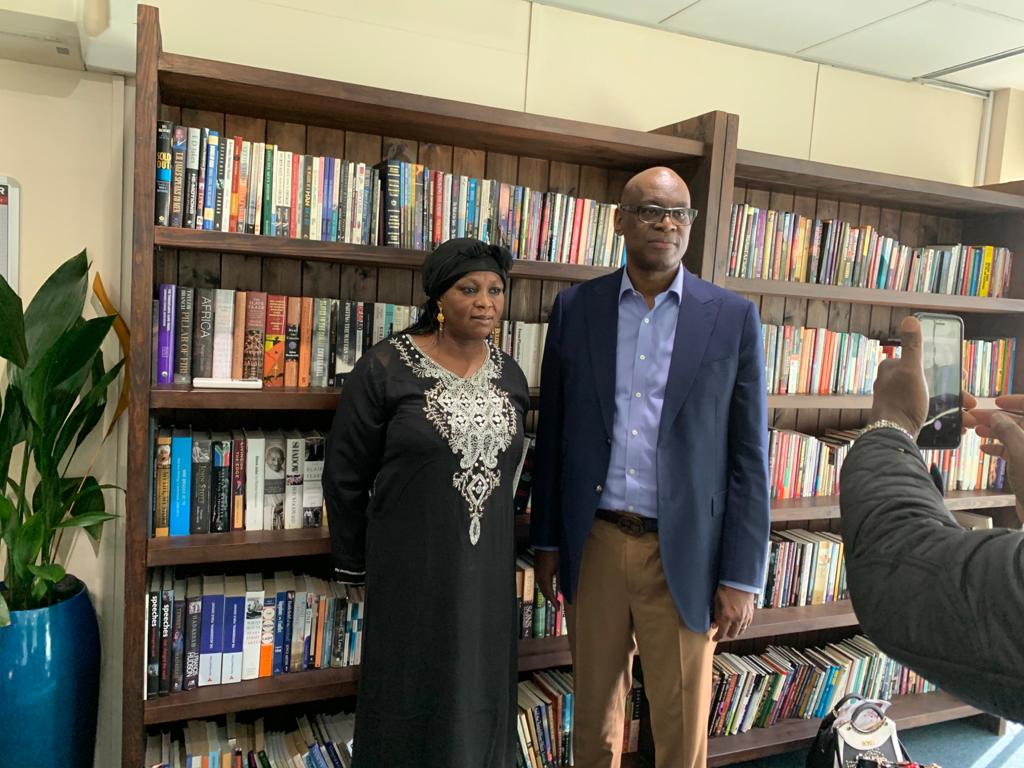 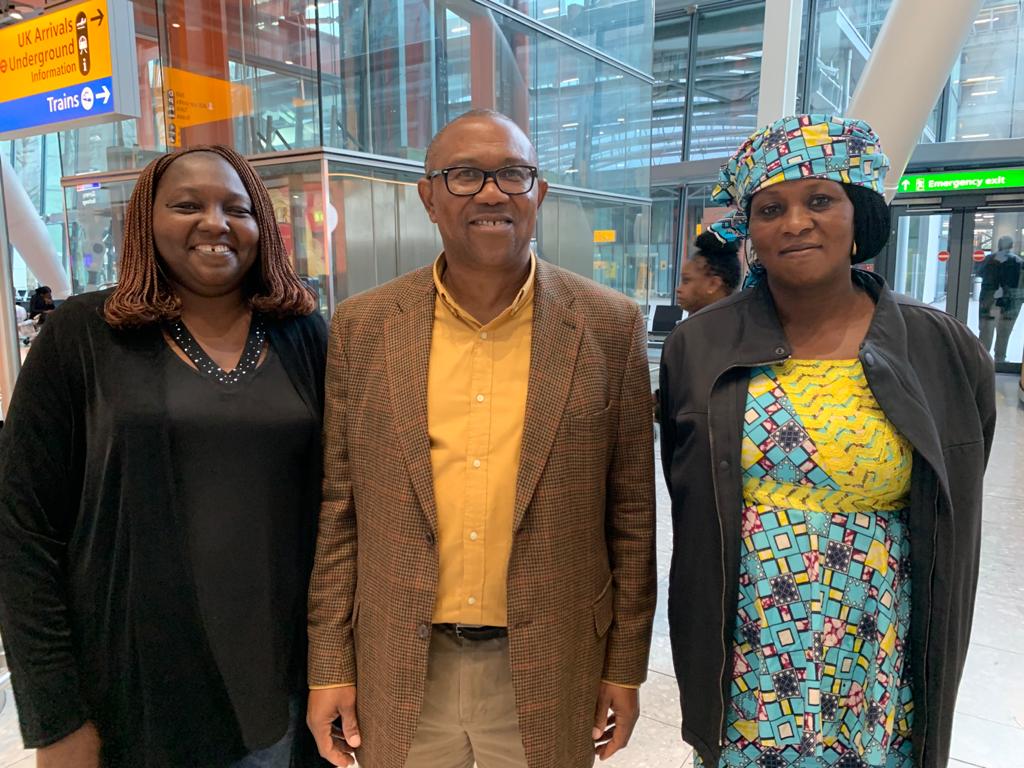 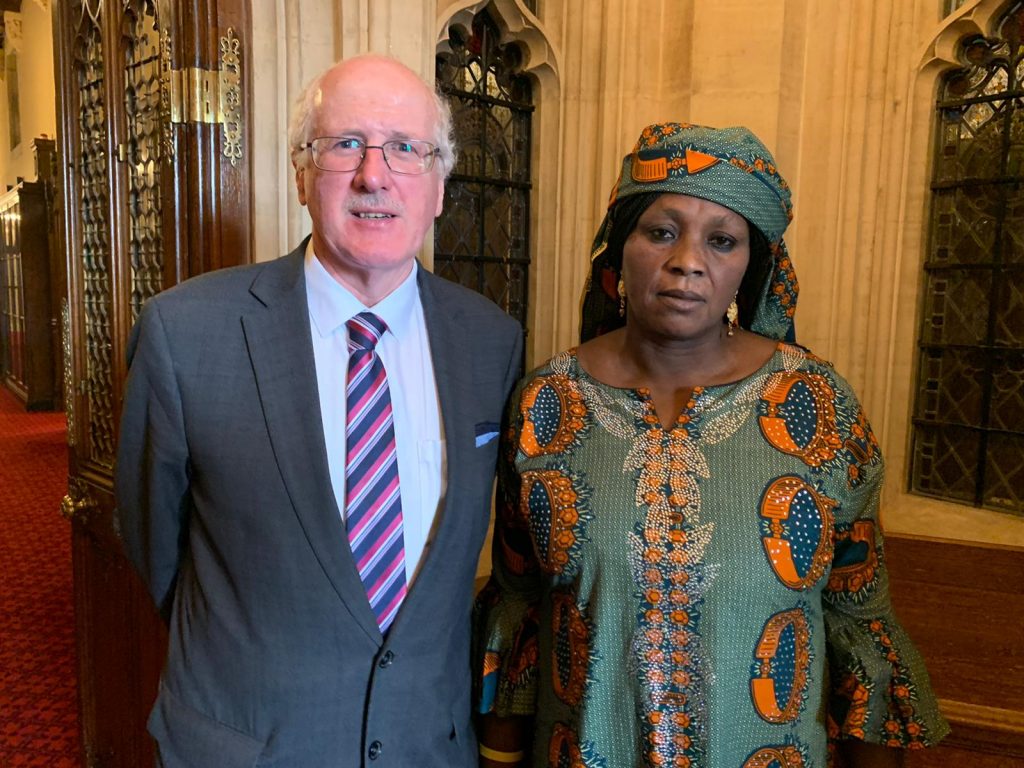 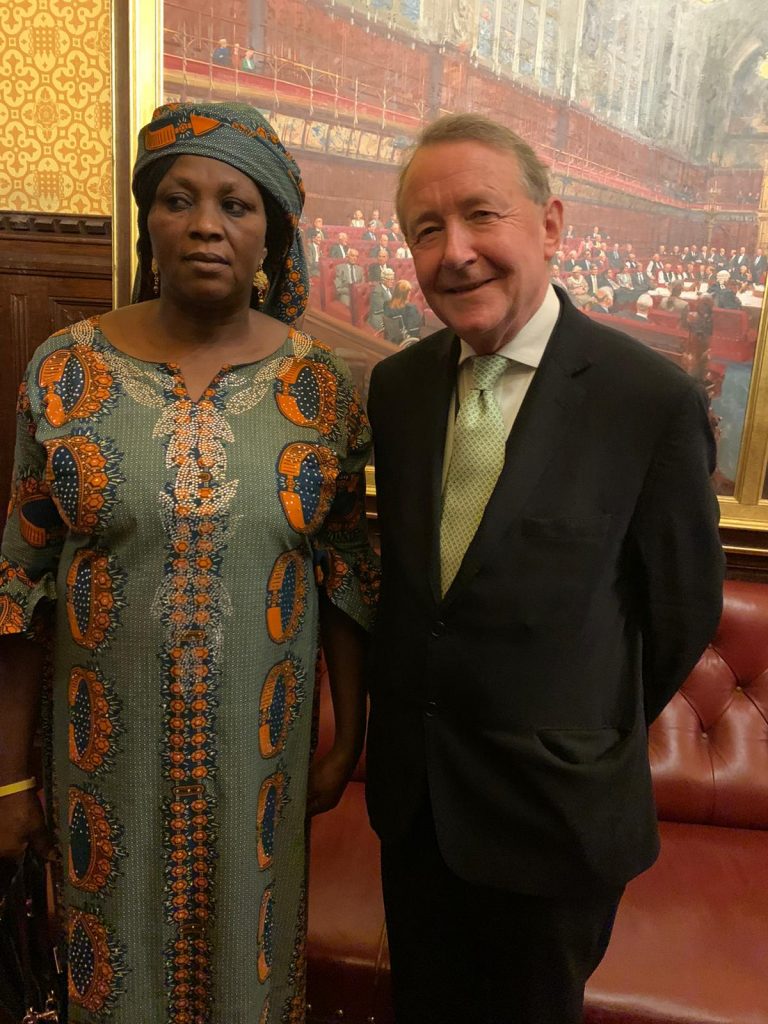 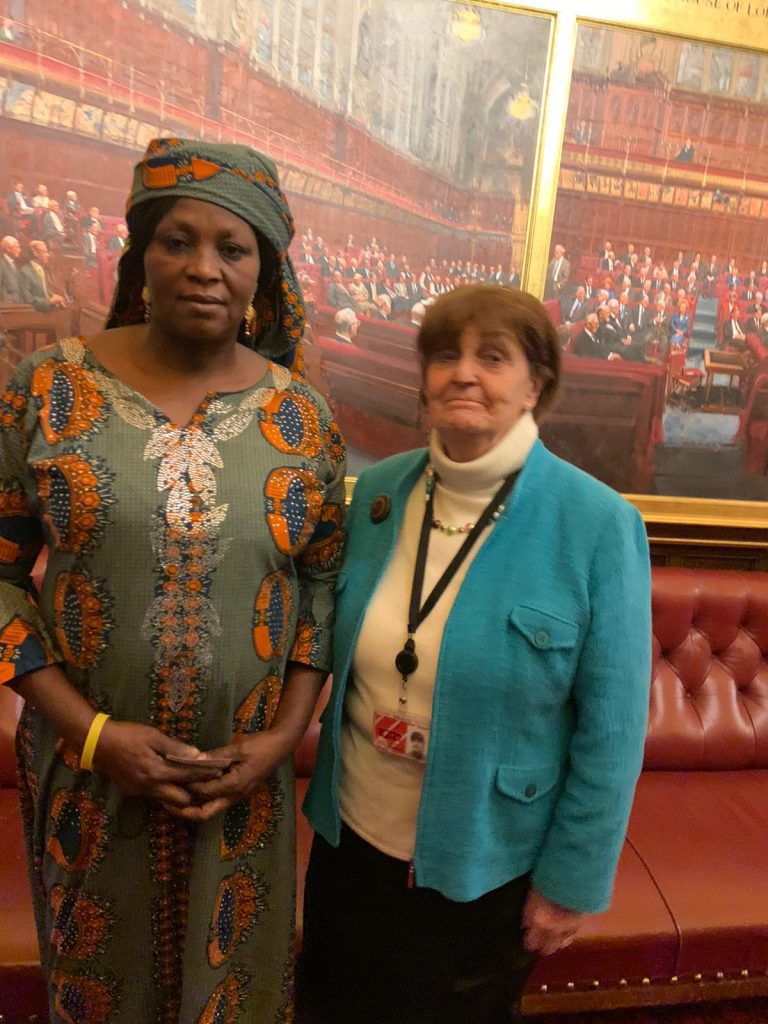 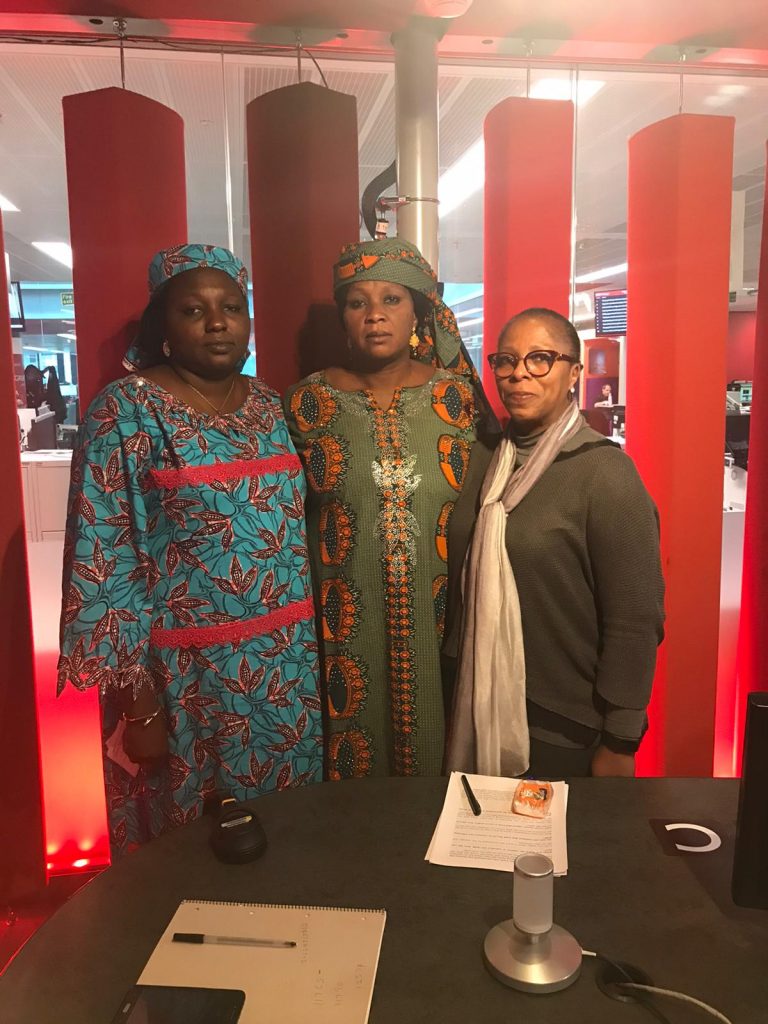